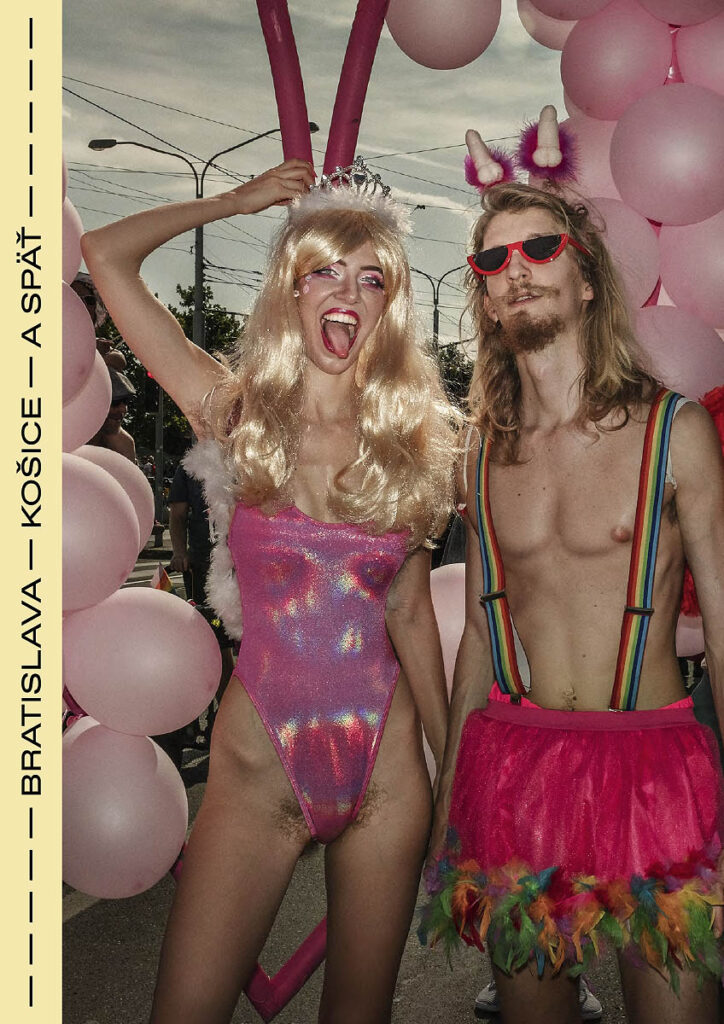 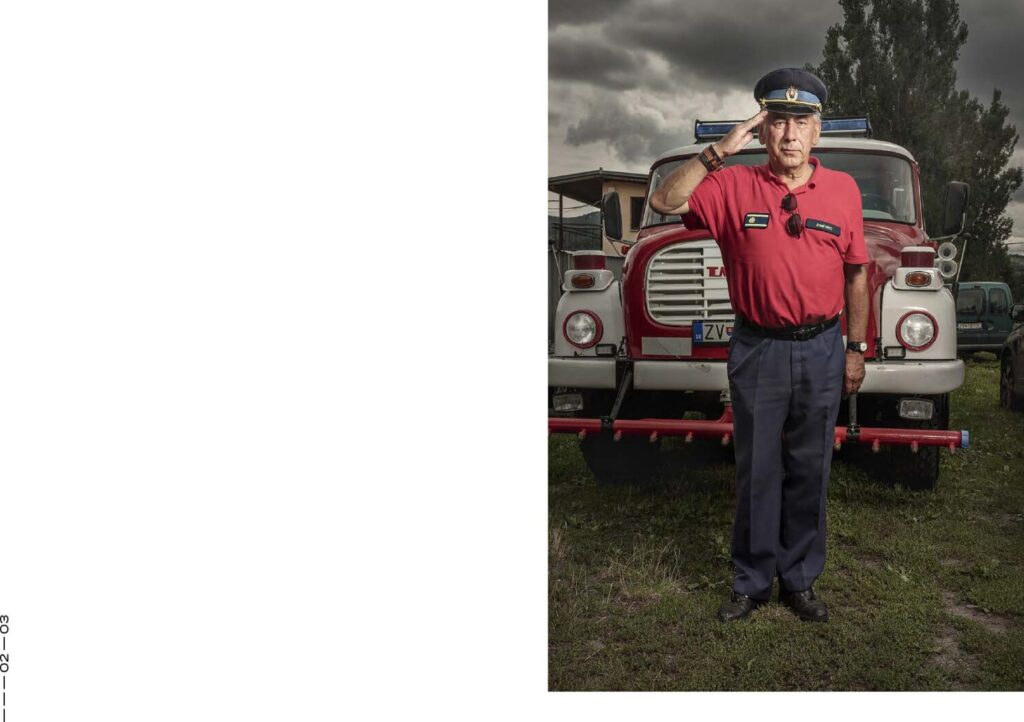 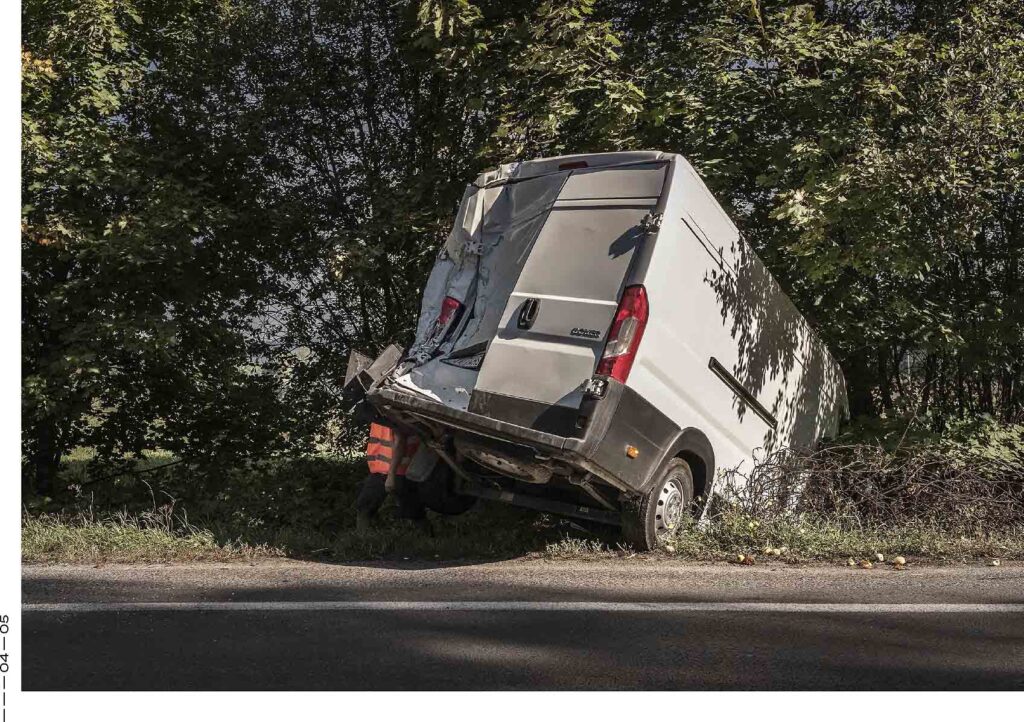 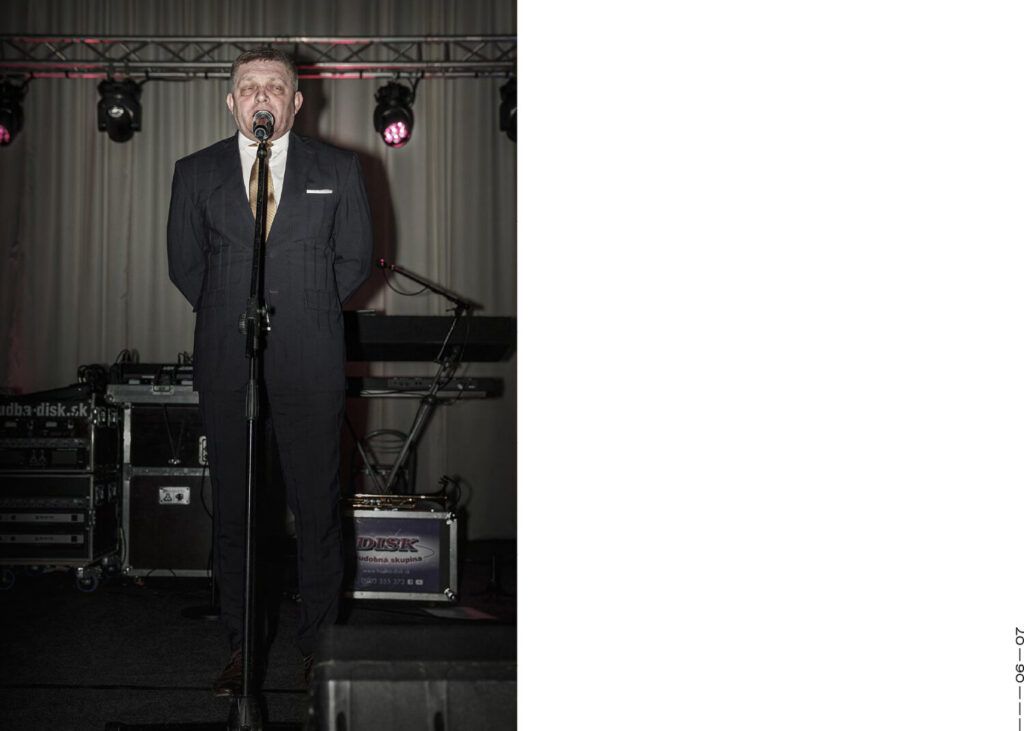 Robert Fico. He joined the Communist Party of Slovakia in 1987. Member of National Council of the Slovak Republic, served as a Prime Minister of Slovakia (2006-2010, 2012-2018). He has been the leader of left-wing political party SMER-social democracy. He had to resign after weeks of public protests over the slaying of a journalist Jan Kuciak and his fiancée Martina Kušnírova in 2018. Nitra, Slovakia, 24th of February 2020 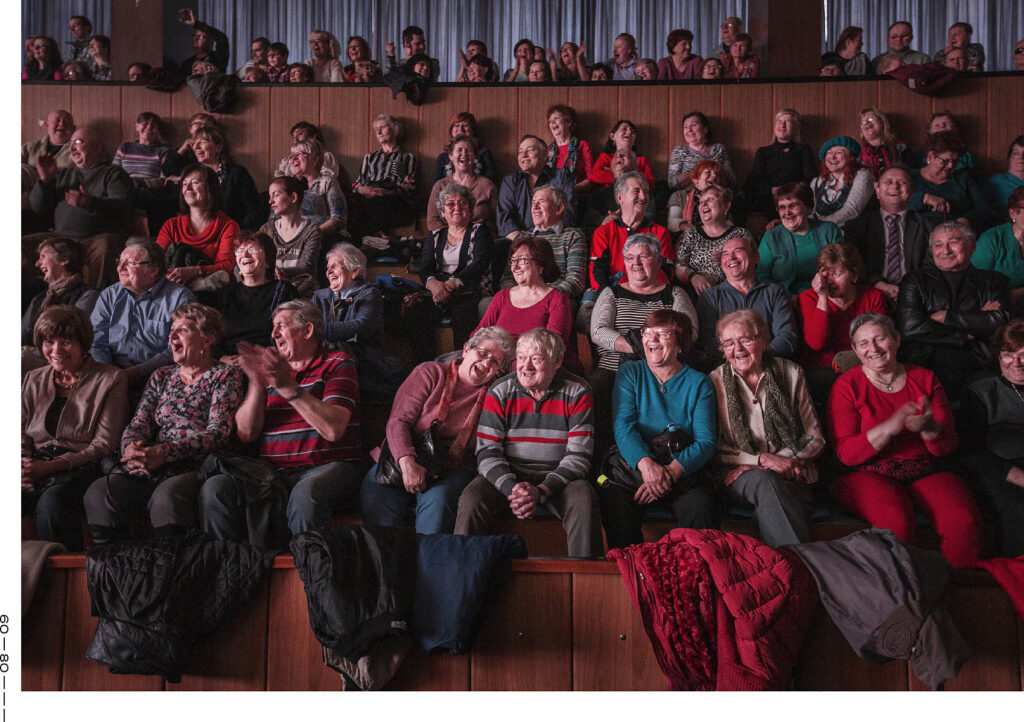 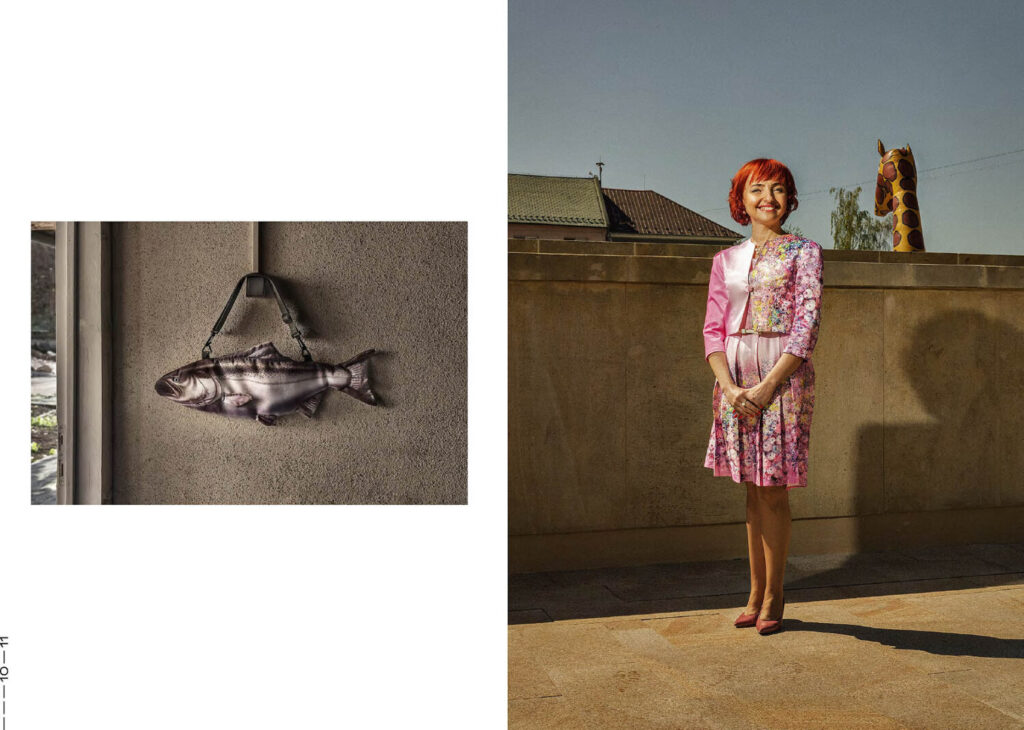 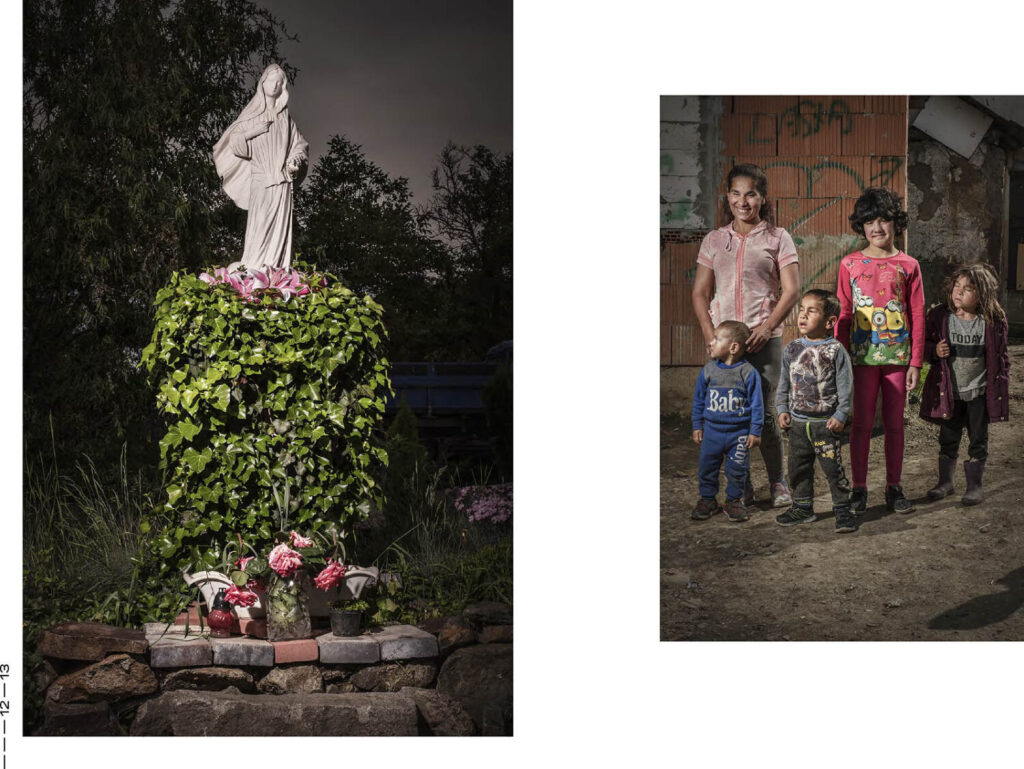 There is a rapid change in the ethnic composition of the population in Jarovnice village, eastern Slovakia. Due to this fact, Jarovnice are likely to become the first Roma village, with the only Roma population. Jarovnice, Slovakia. 25th of May 2019 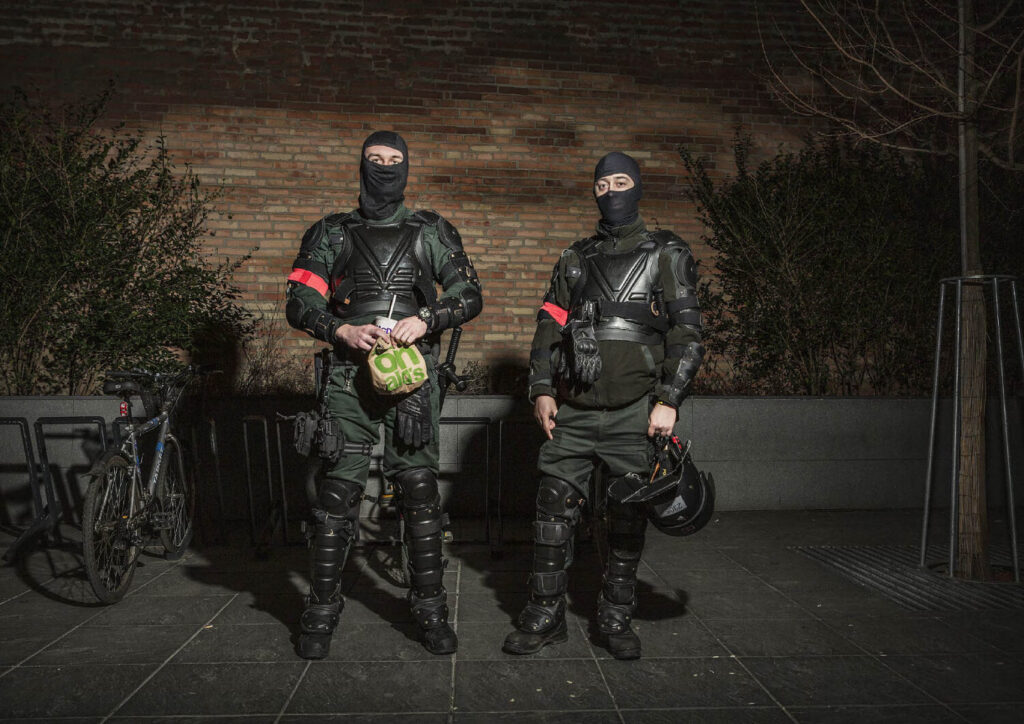 Slovakia-Hungary, Football match. Due to the harsh relations between these two countries, match was described as risky. Trnava, Slovakia. 21st of March 2019 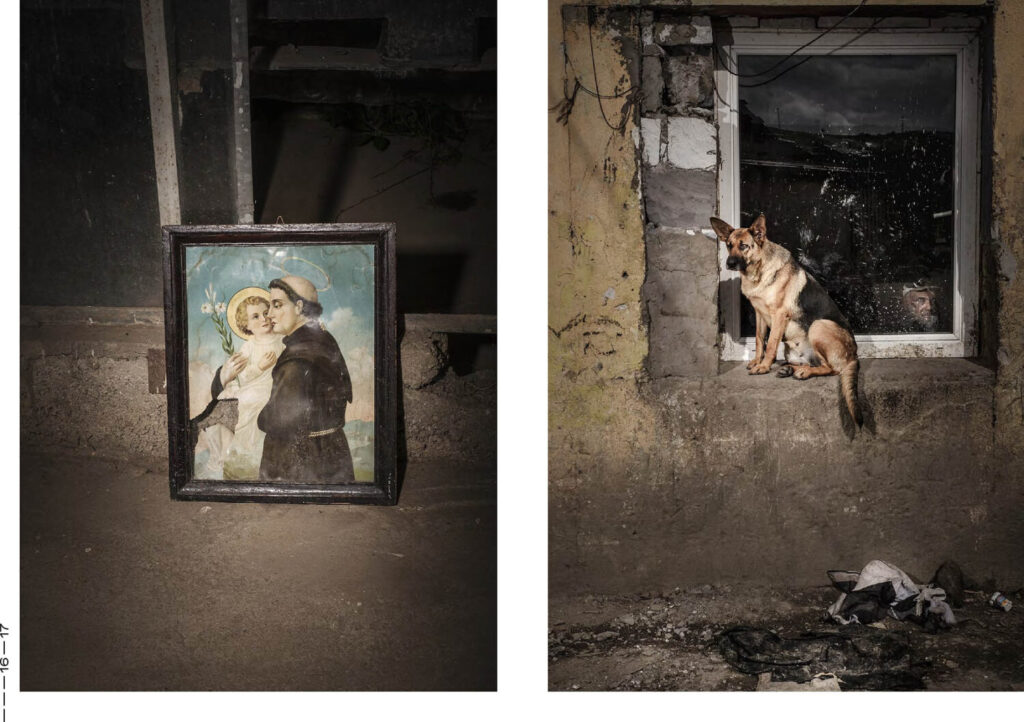 Oáza – a refuge for people in extreme need and the homeless. Košice, Slovakia 2019 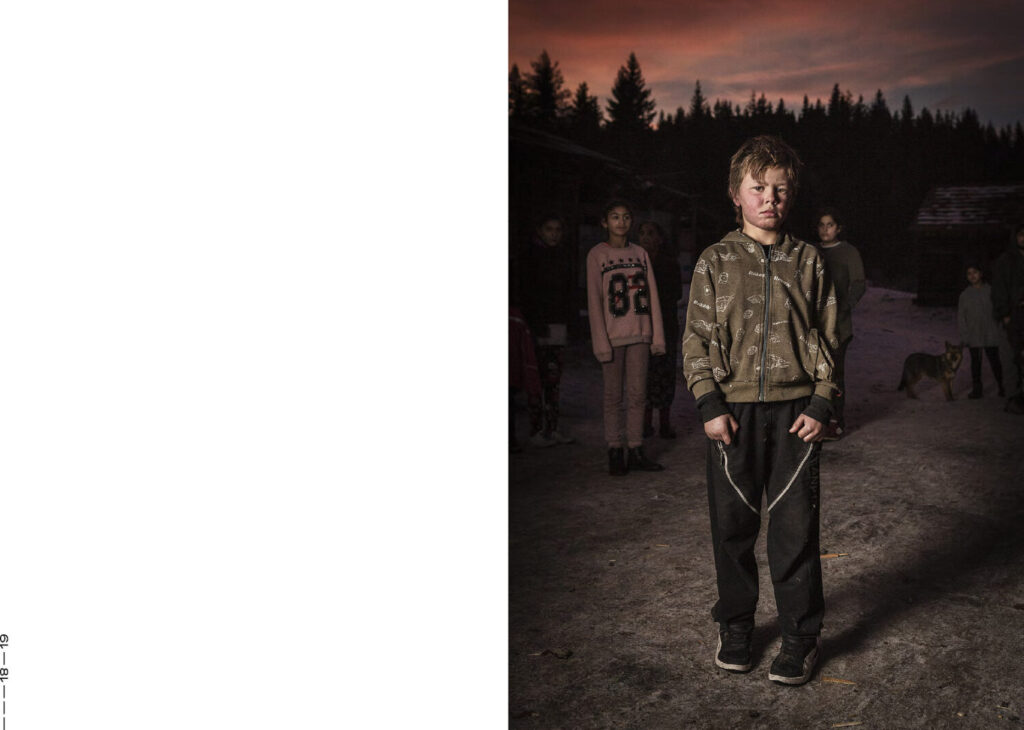 There was an incident in Važec village in december 2019. It has occured between Roma boys and non-Roma girl. It had started a battle between the families of the children, Jožko ended up with a broken head and emotional trauma. The nationalist party ĽSNS abused the conflict for its own propaganda. Važec, Slovakia. 14th of January 2020 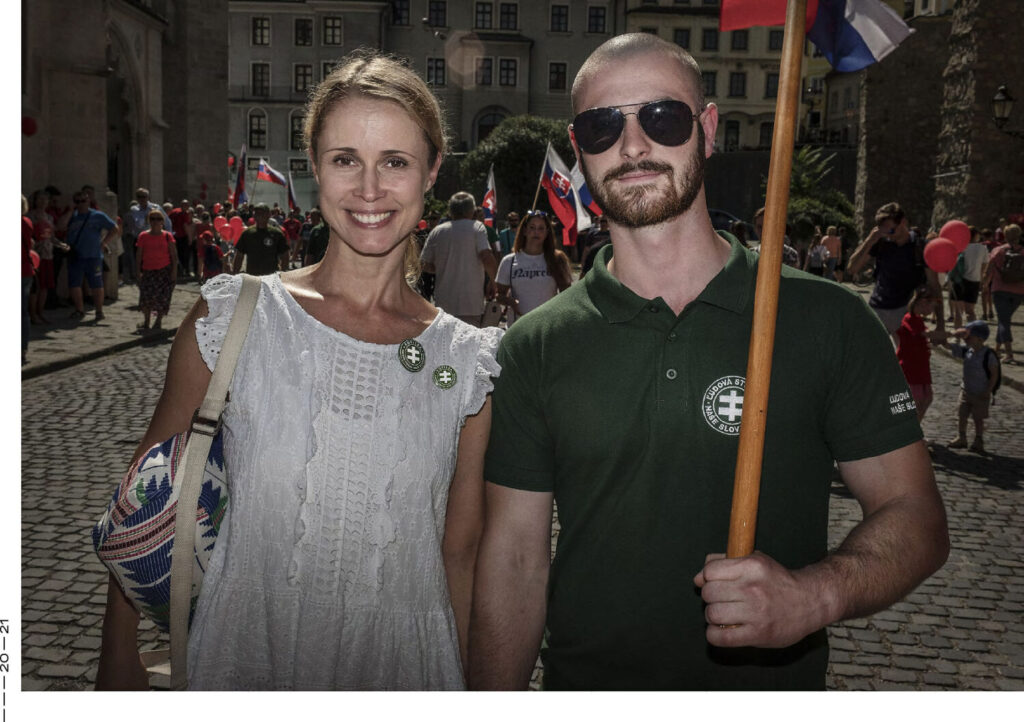 Proud of the Family March. A young, good-looking couple wearing the logos of the nationalist party ĽSNS. Until the 2020 parliamentary election, the party had the image of a skinhead party elected by either marginalized radicals or frustrated young protesters. Crowds of Kotleba voters are expanded by women and elderly. The number of people with an university degree has also doubled, although this group is still below average. Bratislava, Slovakia. 5th of April, 2020 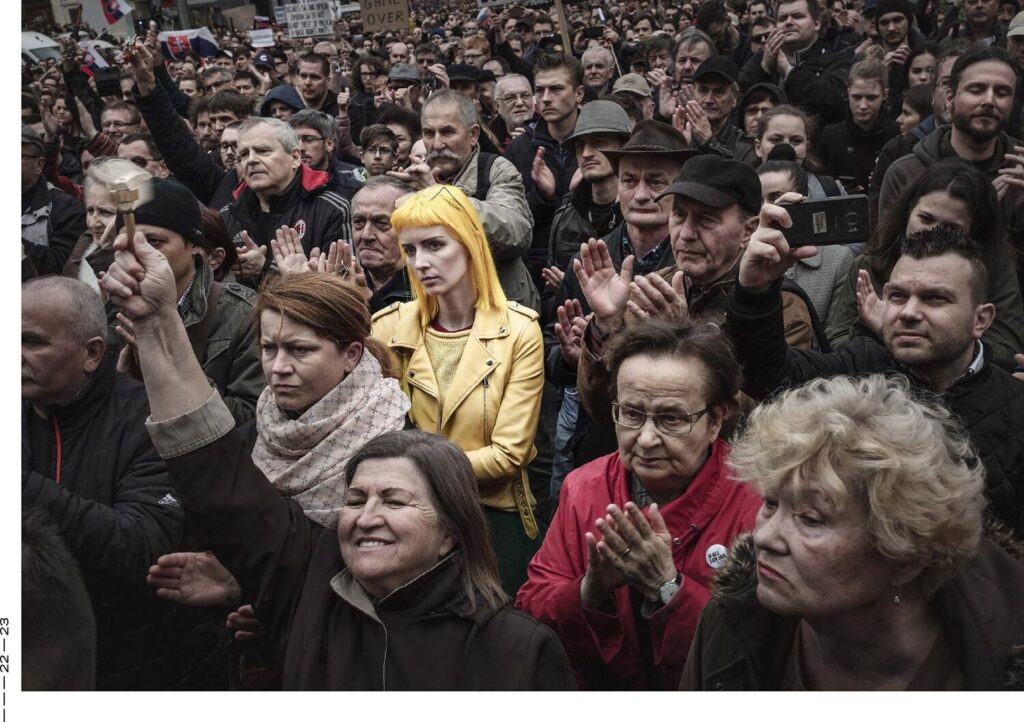 Protests “Stand up for Descent Slovakia” have been supported by thousands of people and personalities. In addition, Slovaks have asked the murder of Ján Kuciak and his fiancée Martina Kušnírová to be investigated. Other demand was to take all the political responsibility of Robert Fico and other members of his government for situation that had occurred. The protests were the largest ones since the times of Velvet Revolution in 1989. Bratislava, Slovakia, 6th of April 2018 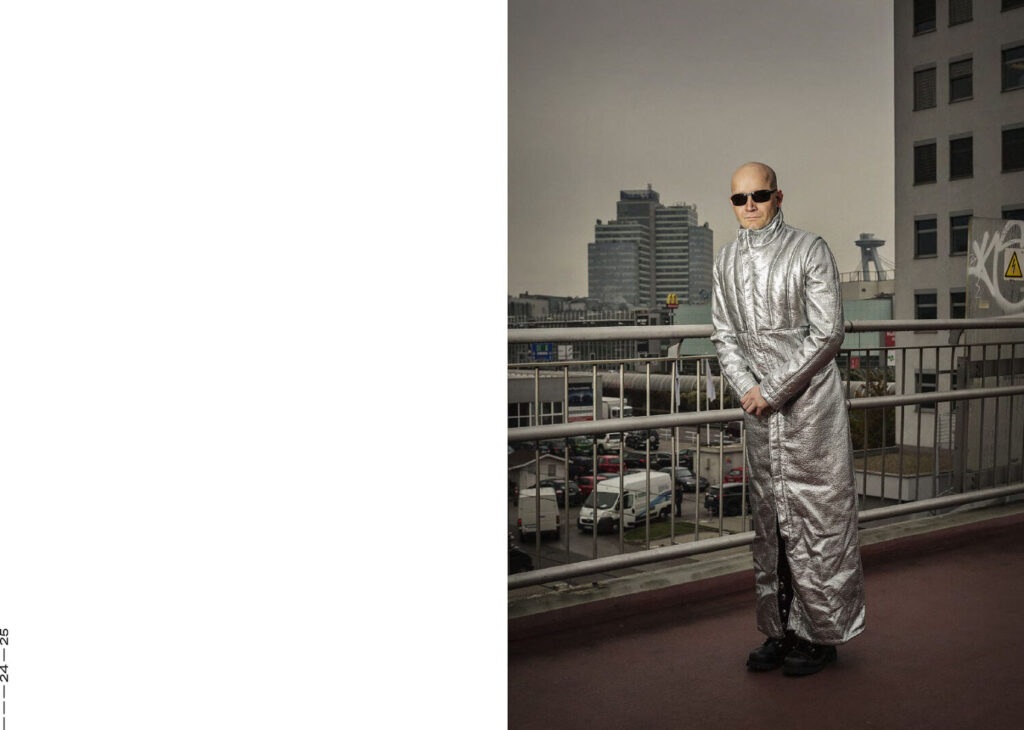 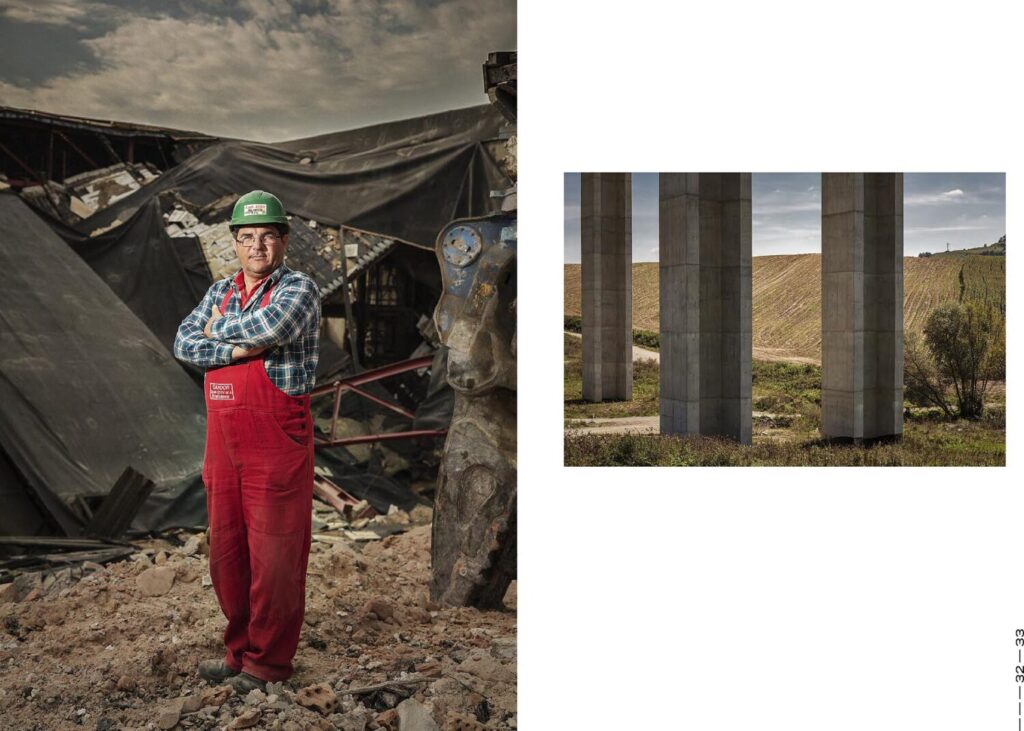 There is a city growing up in the city in Bratislava. We are expecting the results. Whether the new district will merge with its surrounding and will at least approach the visualizations that promised interesting architecture, happy cyclists and green areas. Only the rich will be able to afford the apartments. Offices in there will able to afford only companies that are explicitly doing well. Eurovea 2, Bratislava, Slovakia, 18th October 2018 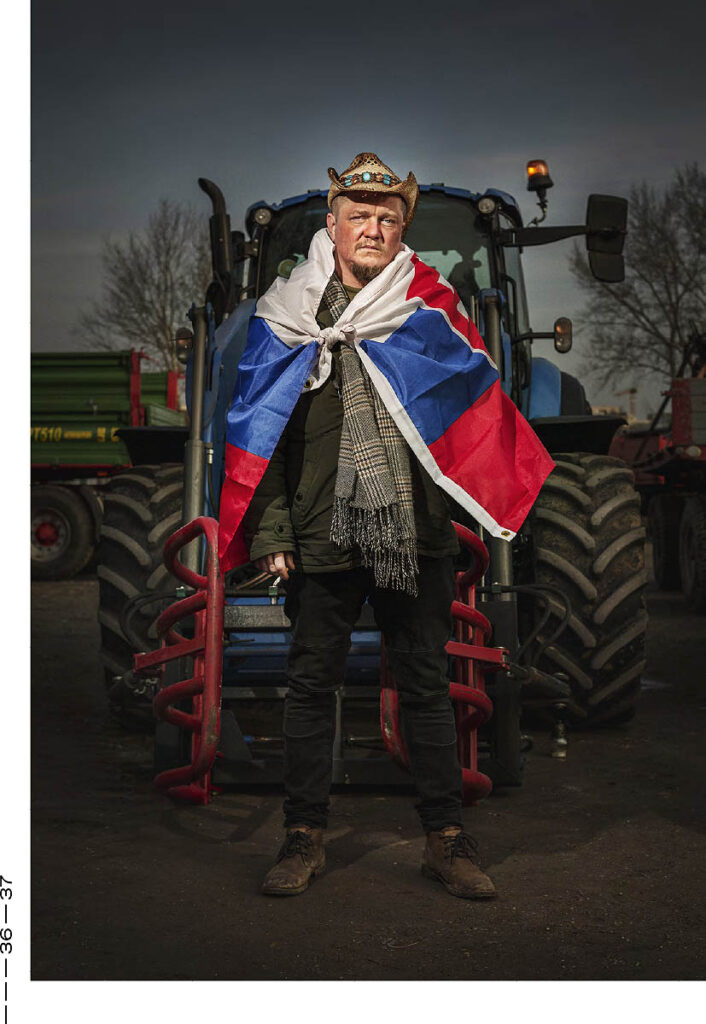 Patrik Magdoško stands for Farmer´s Initiative, which covers small and medium-sized farmers from all over Slovakia. By protesting action from Michalovce to Bratislava, farmers want to appeal to a speedy solution to their dragging problems, which they sum up in the Košická výzva (Kosice call). They consider as crucial to set up a specialized investigation team to investigate cases of oppressed farmers, as well as to ensure that the Agricultural Paying Agency pays a subsidy only to an entity that has a legal relationship with the land. They also consider the creation of fair and transparent land allocation rules to be key. Bratislava, Slovakia, 20th of February 2019 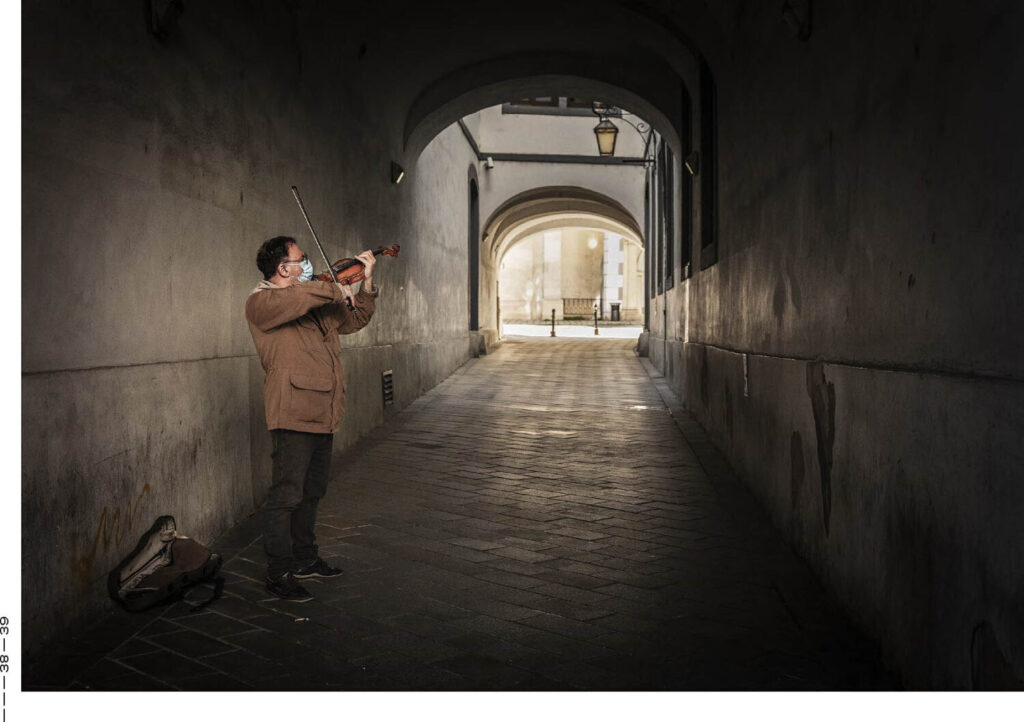 Governments around the world are taking exceptional action on the emerging new coronavirus SARS-CoV-2, which causes COVID-19. Their goal is to slow the spread of the disease so that hospitals are not overloaded, which could lead to preventable deaths. Most of the above restrictions have been adopted since 16 March 2020. It was announced that the restrictions should last for 14 days. Prime Minister Igor Matovic announces the duration of 6 to 7 weeks. Some measures (ban on collective actions) are approved indefinitely. Bratislva, Slovakia, 20th of March 2020

Robert Fico, ex-Prime Minister of Slovak Republic spoke about illusory motorway D1 in 2007. He said that it will connect western and eastern Slovakia by 2010. It has never happened.

I couldn´t help myself but wonder, what it would be, if it worked out. Whether the motorway delete or at least eliminate the differences between slovak regions and Bratislava as the capital of Slovakia. How would people think, what would they do and how would they perceive the country they live in. Would they understand Slovakia the same way as they did nowadays? Would be Bratislava stop pretend to be a small state in the big one? On the Bratislava-Košice trainline, I watch the country, people and situation. I  am actually looking for the definition of what it means to be Slovak.

In my opinion, it could only be understood if I knew the country I lived in. Slovakia has changed a lot over the last two years, we have made very important steps through the incidents that happened. First of all, it was the murder of Ján Kuciak and Martina Kušnírová that moved the country forward. The killing led to widespread anti-corruption protests that forced then-Prime Minister Robert Fico and the country’s chief of police to step down. On the other hand it brought the rise of extreme nationalism and hatred against minorities and ethnic groups.

My previous projects have been dealing with the issue of false and empty self-determination of Slovaks. Bratislava- Košice (back and forth) shows Slovakia in a portrait series. My goal is to show the people who embody all those already mentioned events. They are bitterly sad, sometimes smiling, but still a little crooked.The radial from west to east offered me to capture people in their natural environment, not situationally, but rather story-like. These are not moments that once happen and then disappear. Each of them carry its own story with a reference to the past and a transition to the future.

The project Bratislava-Košice (back and forth) is the big portrait of Slovakia, which I composed from many significant moments. If someone asked me how many hours I have spent in the car, I would answer that I have no idea. It was a  lot.